The small angle approximation is often used in physics.  It is a way to simplify some of the mathematics and works really well, as long as the angles are small enough.

What is the Small Angle Approximation?

The small angle approximation tells us that for a small angle θ given in radians, the sine of that angle, sin θ is approximately equal to theta.  In mathematical form,

Depending where you look, you may see that the approximation holds to 15 degrees, 20 degrees, or maybe even a bit more. In reality, it depends on how close you want to be. I find that for most situations, limiting to 20 degrees is “good enough”, with a percent difference of just over two percent.

This table shows the angle in degrees, angle in radians, the sin of the angle, and the percent difference between the two values, using the angle itself as the “accepted” value.

For a visual way to see this, here’s a plot showing the angle in radians and the sine of the angle each as a function of the angle in degrees. Note that the lines stay almost on top of each other up until about 15 degrees. After that point you can see a separation of the two values. 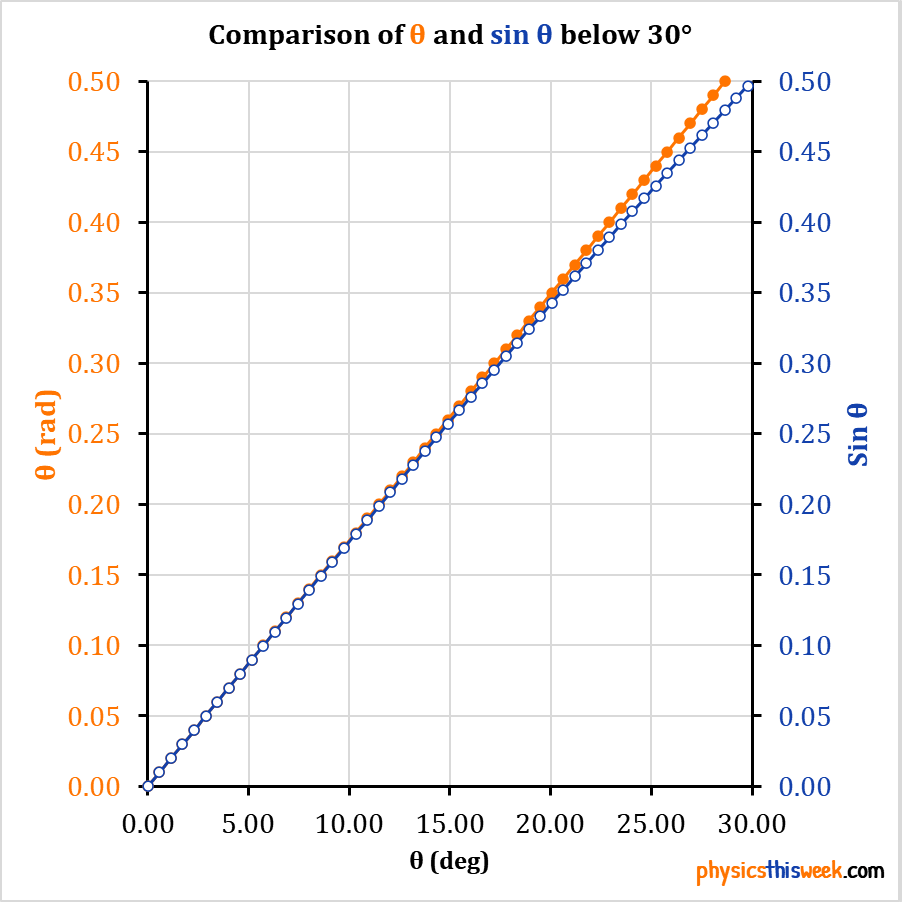 Important Things to be Aware of

The small angle approximation only works when you are comparing angles measured in radians to the sine of the angle.  You can see in the table above that even at 2.5 degrees, 0.436 isn’t really close to 2.5 degrees. Check out radians vs. degrees for more information about how radians and degrees differ.

You’ll run into the small angle approximation when studying oscillations and again when you look at diffraction.  It is a useful tool.